Two new acquisitions are strengthening XRI Holdings’ water management and midstream operations, helping it toward its goal of recycling and reusing over 185 million barrels of water in the Permian Basin this year.

First, XRI acquired the produced water infrastructure assets of Hibernia Energy III’s wholly owned subsidiary, Celtic Disposal LLC. The following week, XRI announced the acquisition of Water Rescue Services. As a result of the two acquisitions, XRI is not only growing its asset footprint and customer base but adding personnel to its Midland-based operations, John Durand, president and chief sustainability officer, told the Reporter-Telegram by email.

According to Durand, both acquisitions will boost XRI’s water recycling and reuse capacity. The company is on track to recycle and reuse over 185 million barrels of water in the Permian Basin this year alone.

“XRI was founded on the tenets of long-term sustainability, freshwater resource conservation and environmental stewardship, all of which we believe provide positive and long-lasting benefits to communities in West Texas,” Durand wrote.

He noted that philosophy and commitment dovetail well with the industry’s intensifying focus on environmental, social and governance initiatives.

“Our clients know that our commitment in that regard is steadfast and an integral part of our business model is focused on partnering in such a way that enables our customers to meet their sustainability and ESG goals and initiatives,” he wrote.

While the company has some disposal infrastructure, it emphasizes reuse and recycling.

“Given XRI’s unique water midstream infrastructure configuration and business model, reuse and recycle is easier and more desirable for the company to implement,” Durand explained. “Our water infrastructure assets located throughout the Permian Basin are designed and operated as industrial water distribution systems serving multiple clients, which enables XRI to fully incorporate water recycling facilities at significant scale. As a result, XRI is able to transport and redeliver treated produced water to a multitude of operators and this is significant for our clients in meeting their aforementioned ESG initiatives and goals. In addition, from XRI’s perspective, the recycle and reuse of produced water is consistent with our own commitment to long-term sustainability and water resource stewardship, a vision and philosophy the company has executed on since its founding in 2013.”

With its acquisition of the Celtic water midstream assets and infrastructure, XRI will become the long-term provider for all water-related services to Hibernia – an existing customer prior to the acquisition – including delivery of completions water and handling of produced water. XRI will also be able to capture significant third-party opportunities in the area with both new and existing customers.

Durand said the new assets directly overlay XRI’s existing infrastructure and recycling assets in the Midland Basin. Likewise, he said the company will integrate Water Rescue’s customer relationships and assets into its existing assets, which currently include more than 350 miles of permanent pipelines with an aggregated system capacity to move approximately 1.25 million barrels per day through both the Midland and Delaware Basins. Water Rescue has recycled more than 44 million barrels of water since its inception in 2010, Durand noted, and its scope of operations complement XRI’s growing recycling infrastructure footprint across the Permian Basin.

Wrote Durand, “We are efficiently integrating these acquired assets into our midstream infrastructure and remain very bullish on opportunities to work with our existing as well as prospective clients as the industry recovers from the curtailment in demand brought on by the events of 2020. We are seeing and executing on a number of opportunities to provide our full suite of midstream services, particularly in the areas of reuse and recycling of produced water.” 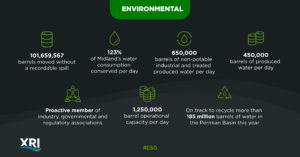 Measuring ESG for reporting purposes is officially upon us. After developing and implementing Environmental, Social and Governance (ESG) initiatives, companies of all sizes are being 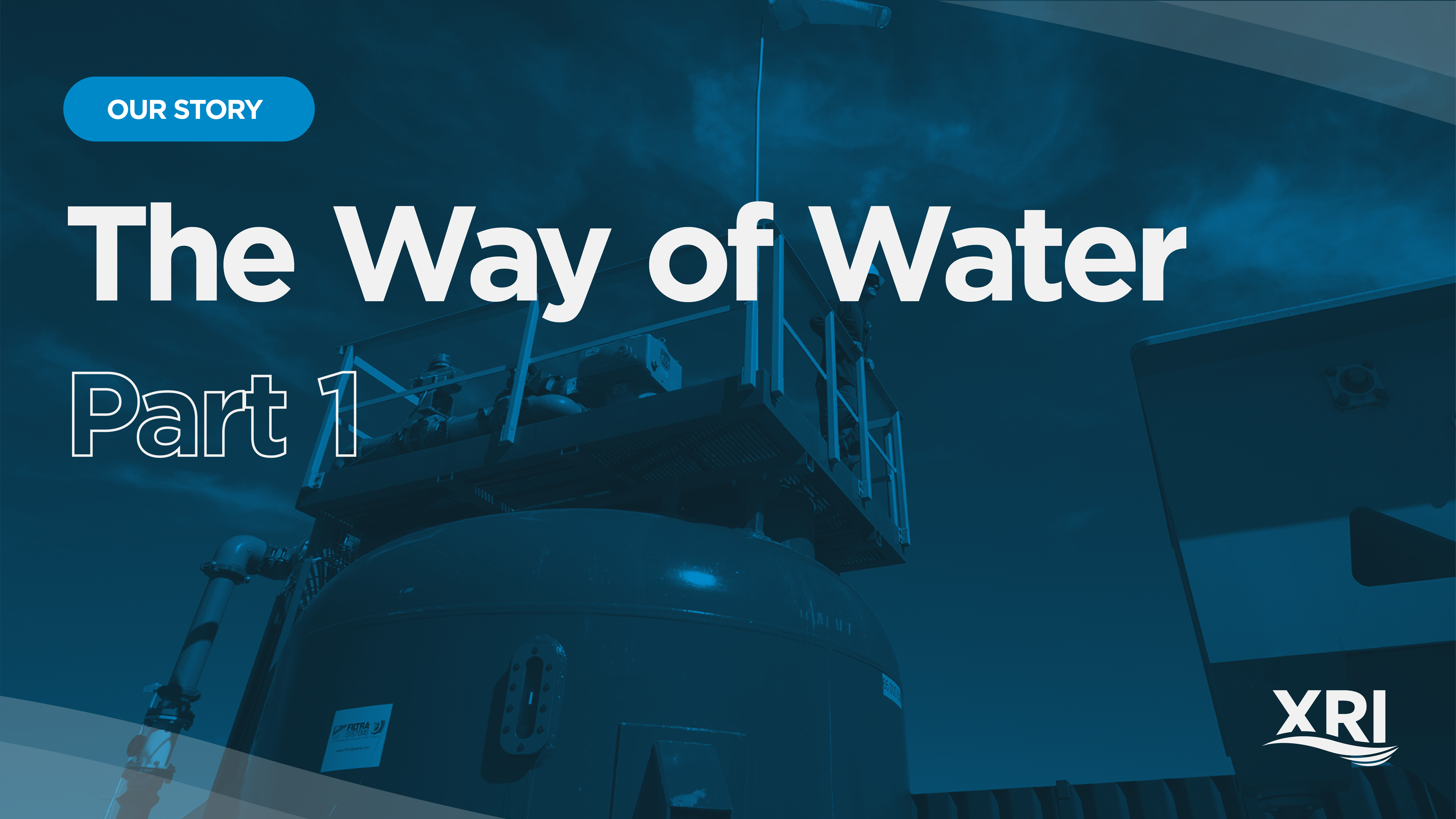 The Way of Water Part I

Part one of our story: We first focused on infrastructure so that we could then expand into bringing more and more produced and recycled water